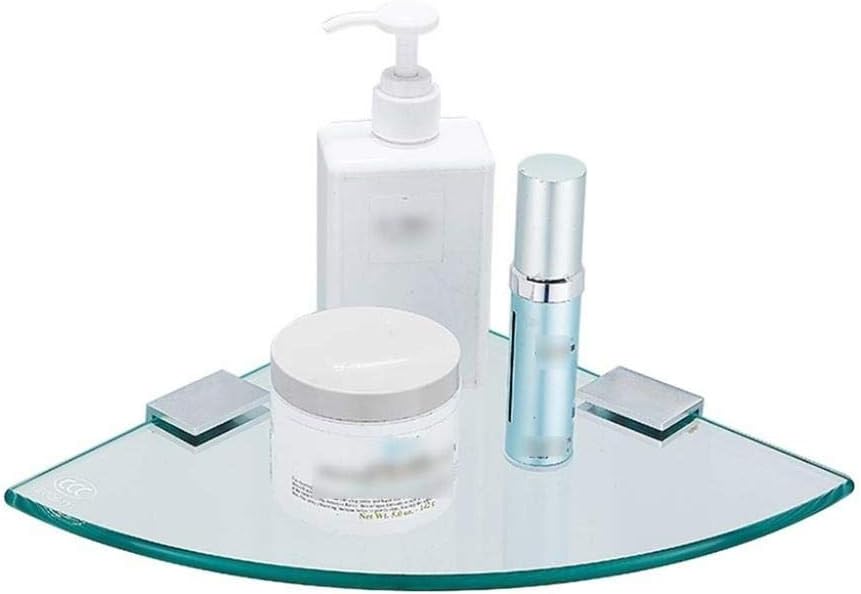 The Bathroom Shelves have elegant and functional modern design, rustproof surface makes it suitable to use in bathroom and kitchenShelving and Storage organisers are a great way of adding stylish accents to your bathroom and home, Add coordinated pieces to also ensure your room is tidy at all times.The is a great solution for your kitchen or bathroom storage. It provides a chic space for your wash supplies and keep them in order at the same time.Product Name: Glass shelfProduct material: space aluminum + glassSurface process: oxidationFeatures: corrosion resistant, no rust, no blackNumber of layers: 1Installation method: 6mm drill hole punching installationProduct size: 18cm/7'', 24cm/9.4'', 29cm/11.4''Glass shelf for the scene: bathroom / balcony / study / hotelGlass shelf maintenance method: regularly clean the surface of the productNotes:Due to the difference between different monitors, the pictures may not reflect the actual color of the item.Compare the detail sizes with yours, please allow 13cm error, due to manual measurement, Thanks for your understandings!We are committed to providing you with quality products and excellent service, If you like this storage shelf, please leave your comments so that more people know about this practical household product, If you have any questions, please contact our customer service, We will respond to you within 24 hours and provide you with a satisfactory response.
Please feel free to contact us if you have any questions, we will do our best to provide you with the best service. Our company will deliver the goods to you as soon as possible, the logistics speed is faster than amazon website.