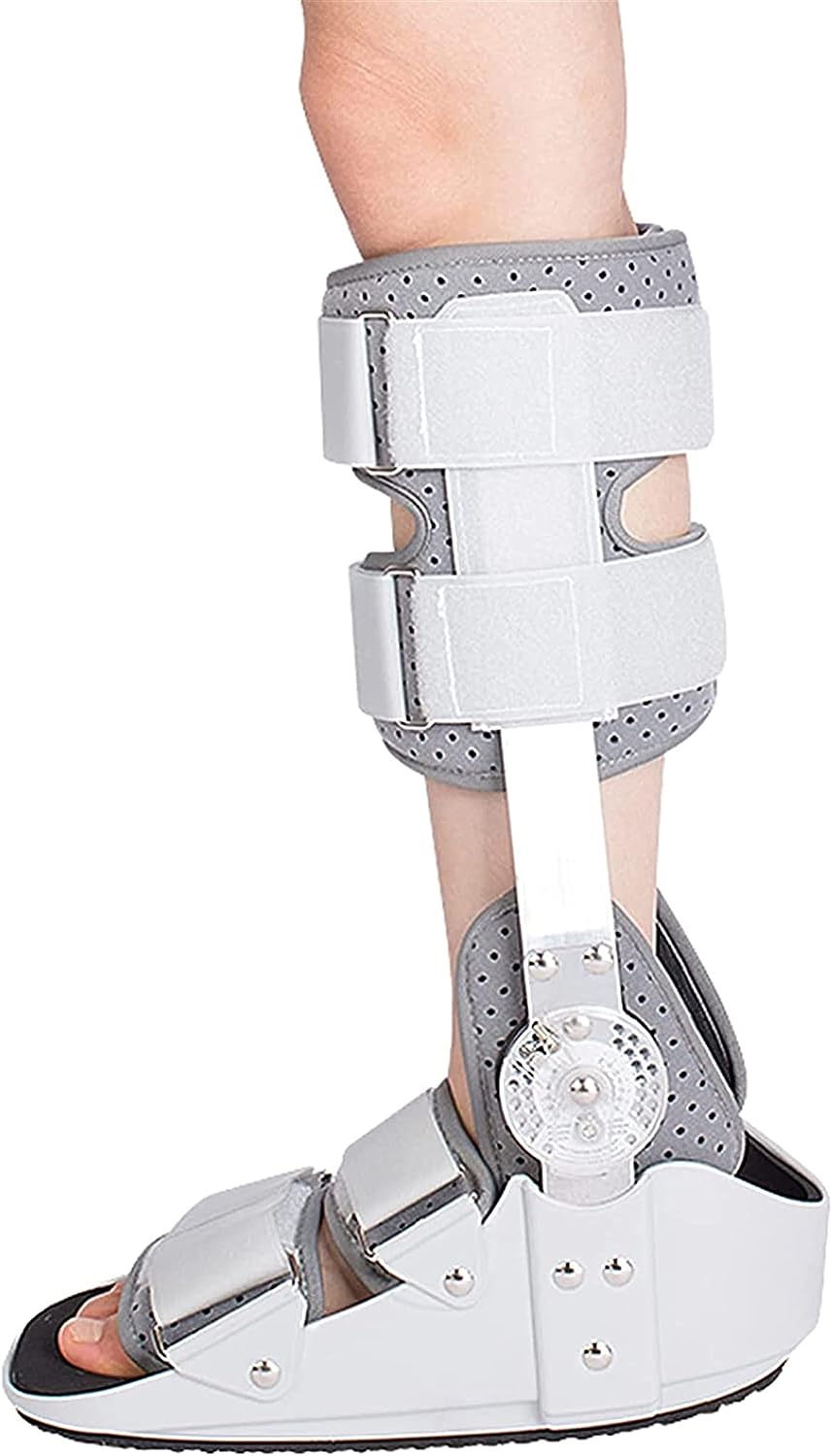 What is the light ankle walker?
Achilles splint is a walking orthosis that protects your foot and ankle injuries and allows you to move and master your day.
Wearing the ankle walker after a sprained ankle, a broken foot, a lower leg, or an ankle fracture reduces swelling and speeds recovery.
Specification: left right Universal
Color: gray
Recommended size:
Medium: US Shoe size: 9-12(Euro shoe size: 40-43)
Large: US shoe size: 12-13 (Euro shoe size: 43-47)
Material: Composite cloth+EVA
Package Included:
1 x Achilles splint
Note:
1.Only the above package contents are included and other products are not included.
2.Size selection is only a recommendation, please refer to the actual product.
3.Due to the different displays and different lights, the picture may not reflect the actual color of the item.