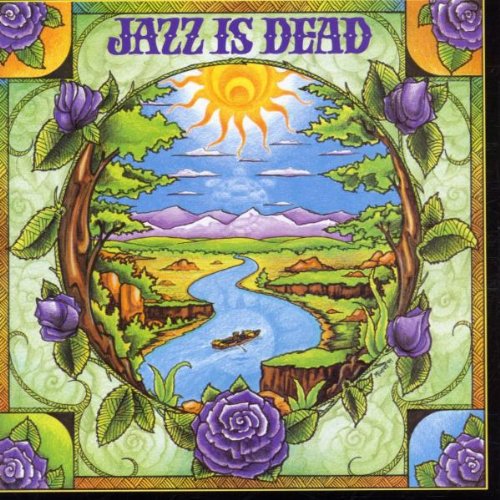 Without offense to the often-brilliant lyricist Robert Hunter, it's always the singing and the words that ring hollow when another band tries to replicate the Grateful Dead experience. With all those pesky words out of the way, Jazz Is Dead are free to lay down 62 minutes of sweeping funk fusion. Not merely a pale imitator, this ferocious quintet adds to the creative process by injecting its own adventurous spirit into the Dead's music, not to mention an assortment of masterful chops. Here the group tackles 1973's Wake of the Flood, one of the Dead's most nuanced records, and the musicians themselves seem to delight in the music's subtle twists (check out bassist Alphonso Johnson's cascading lines in "Row Jimmy"). Even the forgotten "Let Me Sing Your Blues Away" becomes a joyous, organ-fueled romp thanks to T Lavitz's keyboard work. Guitarist Jimmy Herring handles both the restrained vocal parts and the frenzied leads with aplomb. And besides, any chance to hear one of Bill Monroe's old Blue Grass Boys (fiddler Vassar Clements, who appeared on the original album) soar atop the throbbing bass of a former Weather Report member is worth the price of admission. --Marc Greilsamer

The Grateful Dead's poly-stylistic body of work has allured such jazz heavyweights as Ornette Coleman and David Murray. Most recently, the Dead's music - a melange of folk, blues, rock, country, and collective improvisation - has inspired a group of fusioneers to pick up the torch and call themselves Jazz Is Dead. The group's second album, Laughing Water, instrumentally recreates Jerry Garcia and company's 1973 classic, wake of the flood. It was recorded live during four nights on a spring 1999 American tour. After former Dead singer Donna Jean Godchaux briefly introduces the proceedings with a ghostly, heavily-reverbed vocal line, the band jumps into "Mississippi Half-Step Uptown Toodleoo." Here, guitarist Jimmy Herring's sharp tone and use of sustain evoke Garcia's elegiac lyricism without imitating the man's style altogether. On "Eyes of the World" and "Weather Report Suite, Part Two," former Dixie Dreg organist T Lavitz plays with a sense of nostalgia for original Dead keyboardist Ron "Pigpen" McKernan. And where Jazz Is Dead's first disc, Blue Light Rain, was powered by drummer Billy Cobham, here Lavitz's Dregs mate Rod Morgenstein takes over percussion duties with rocking, yet finely nuanced, attention to detail. One of the disc's meatiest sections occurs when the band extends "Here Comes Sunshine" into a wild eight-minute jam with Vassar Clements on violin and Allman Brother Derek Trucks on slide guitar. It's here that the Dead's captivating blend of styles emerges in all its joyous American beauty.

Ideas For Fun Things To Do In The UK

How to work with us

Whether you own a bar, restaurant, pub, club, private hire space, pop-up and/or run events, you can take advantage of our full suite of products. Explore one or more from the below.

Sell e-gift vouchers to your customers; whether it be a packaged up experience or a monetary value. Generate an extra revenue stream and open up your venue/event to even more customers.

Need to get your venue out to millions? Use our targeted marketing packages to instantly push your venue to a young professional audience.